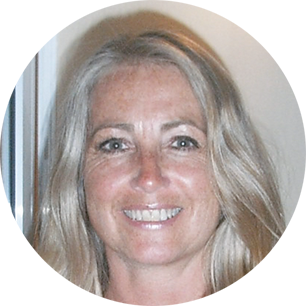 North Devon has some fantastic walking locations, boasting stunning scenery at every step. You can make your walks even better by combining them with a stop at a pub, tucking into delicious food or cooling down with a refreshing pint. If you are staying at our holiday cottages in North Devon, then take a look below to see our recommendation for pub walks: Lee Bay Lee is a picturesque coastal village between Ilfracombe and Woolacombe and a lovely place to go for a walk, either along the coast or through the wooded valley.

One of the best routes is starting from Lee and heading west to Morte Point, though shorter walks can end at Bull Point Light House. The area has stunning views of the coast and out to Lundy Island. The route is hilly, but there are plenty of places to rest along the coast path. When you get back to Lee, or even before you start, head to The Grampus Inn, a traditional pub in the village. Heddon Valley Heddon Valley is the narrowest river gorge in North Devon, and the 600ft cliffs at Heddon’s Mouth are the highest coastal cliffs in England. The walk starts from Hunter’s Inn, a place of interesting heritage and character – keep an eye out for peacocks too! You can enjoy traditional home cooked food at the restaurant. The Inn also has ales from the Heddon Valley Ales brewery along with a variety of wines and spirits on the bar. The circular walk to Heddon’s Mouth gives you fantastic views of the coastline and combined with a walk through quiet woodlands; it is a lovely way to spend the afternoon. Martinhoe Roman Fortlet Another walk that starts at Hunter’s Inn is to the Martinhoe Roman Fortlet.

The route follows woodland paths, steep ascents and descents and stony paths along cliff tops. On clear days, you can see across the Bristol Channel to the Welsh coast, and other points of interest along the walk include the waterfall at Hollow Brook, one of the highest coastal waterfalls in Britain and your destination, the Roman fortlet at The Beacon. There is little evidence of Roman in the South West, and small rises and dips can identify the fortlet in the land. It is thought the fortlet was occupied in the 1st century AD as a lookout for the Channel. Morte Point The village of Morthoe, a short way along the coast from Woolacombe has a couple of pubs to choose from; the Chichester Arms and The Ship Aground, to stop for a cooling pint of beer before setting off on your walk, or to return to as a reward! The circular walk that follows the coastline around to Morte Point offers breath-taking panoramic views of the coast and cliffs.

You will be able to see kayakers and surfers looking towards Woolacombe beaches, and seabirds, flowers and butterflies along the cliff path. You will also meet some sheep near Morthoe, who are used to walkers passing through their grazing area. Take a look at our blog to find out about other things to do when you holiday in North Devon and call us today to get more information on our Woolacombe cottages! The best fish and chips in North Devon Water sports to try in North Devon